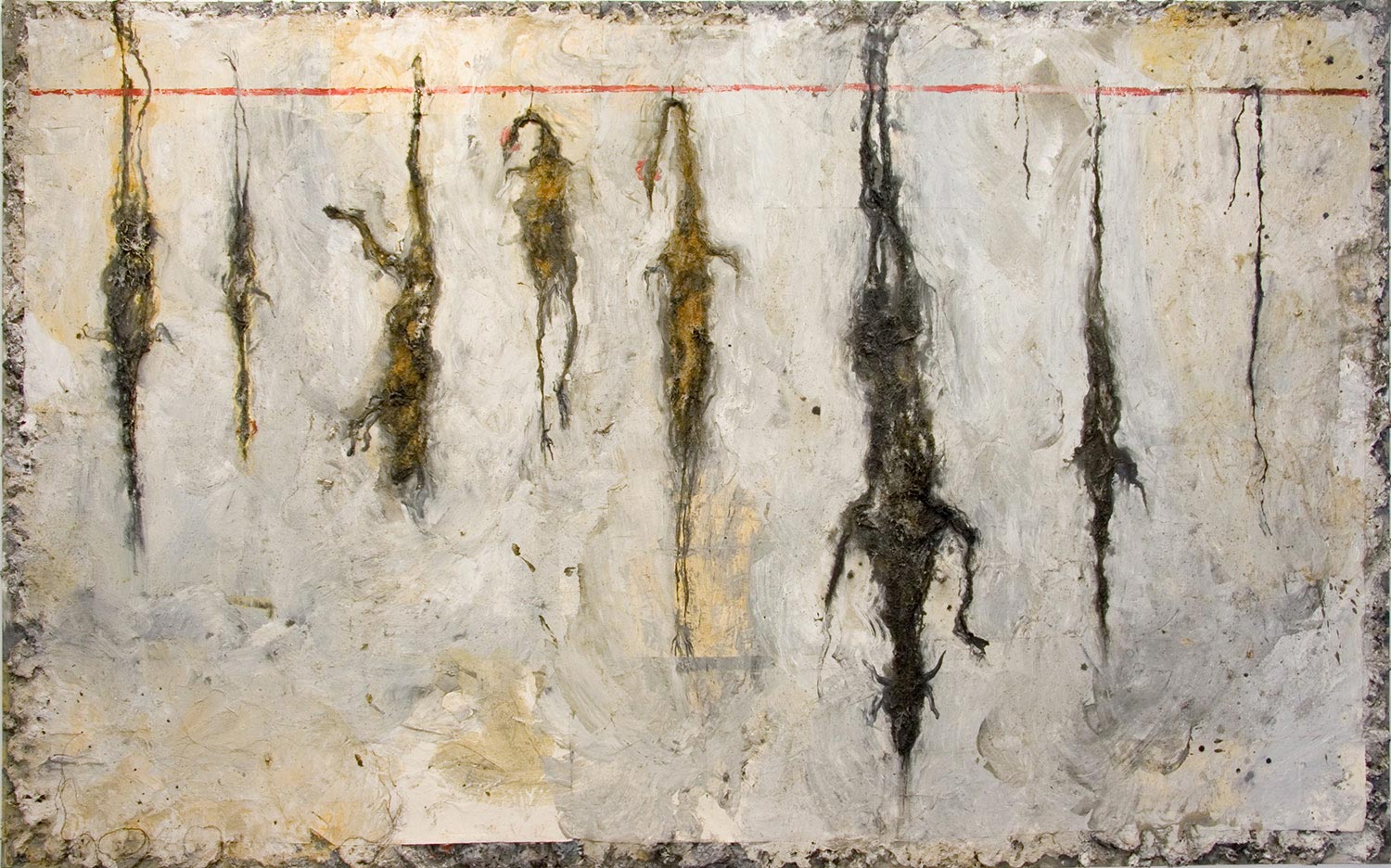 «In my works there is also a moment where it seems something is collapsing, that disaster is pending. And this vertigo is something I need to keep moving forward».

Miquel Barceló is one of the most significant artists in contemporary Spanish painting. He is related to a generation of artists that, starting in the 1980s, returned to painting practice with a sensibility for materiality. His first works are close to the spirit of conceptualism, although later he would become particularly interested in Art Brut and the works of American abstract expressionism, and began to work in a figurative way with an expressionist character. In 1982, with his participation in Documenta 7 in Kassel, his work began to be recognised internationally. This period was also characterised by his travels and stays in Africa and his immersion in Saharan culture. In Barceló’s production there is the recurring treatment of some of the great themes and motifs of classical painting—landscape, still lifes, the artist’s studio and portraiture—that he constantly reformulates through research with a great variety of approaches and pictorial procedures. This is the case with Le bal des pendus, a contemporary still life that takes its title from a poem by Arthur Rimbaud, which like all still lifes speaks to the fragility of existence. He currently works between Paris, Mallorca and Ségou, Mali.