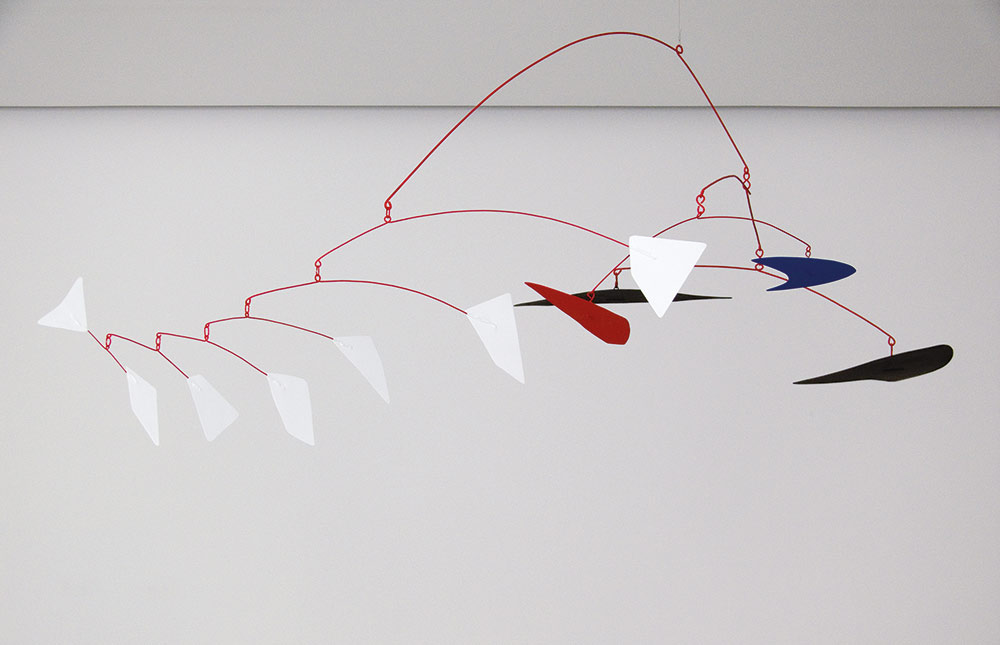 Alexander Calder was educated as a mechanical engineer at the Stevens Institute of Technology in Hoboken, New Jersey, and in 1926 moved to Paris, where he began to work on wire sculptures. He would soon join the Abstraction-Création group created by Piet Mondrian, Jean Hélion, Jean Arp and Antoine Pevsner, and came into contact with the European avant-garde, meeting Joan Miró, with whom he would forge a strong friendship. It was another important artist of the time, Marcel Duchamp, who called his first structural pieces “mobiles”, in reference to the added factor of movement, which was achieved by hanging various balanced surfaces in the air. This was known as kinetic art. In the 1940s he settled definitively in the United States, where he did various monumental public art commissions. He also worked in other media, including drawing, jewellery, toys and stage design, often in collaboration with other artists or companies. The piece Blue Moon is a mobile from the latter period of the artist’s career, setting up a dialogue between painting and sculpture by means of metallic structures inspired by uniform painting layers. 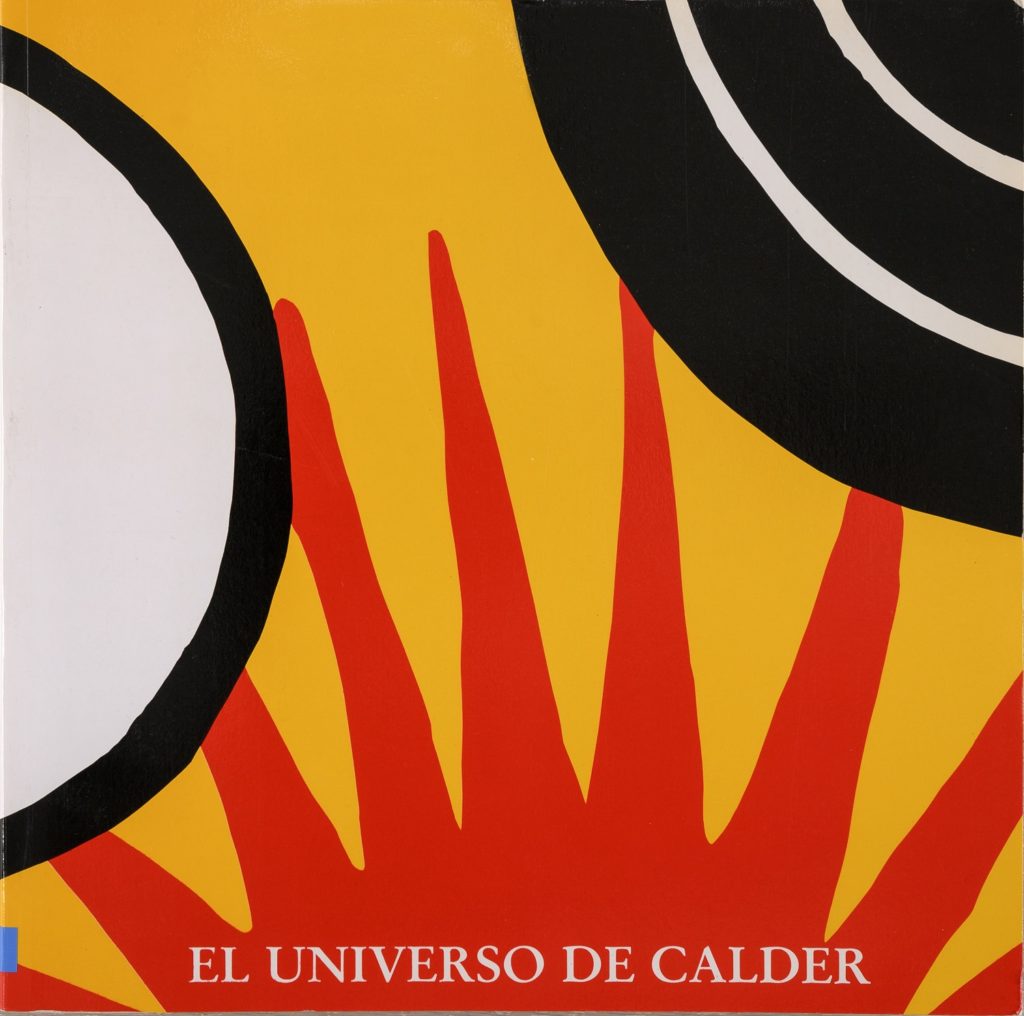