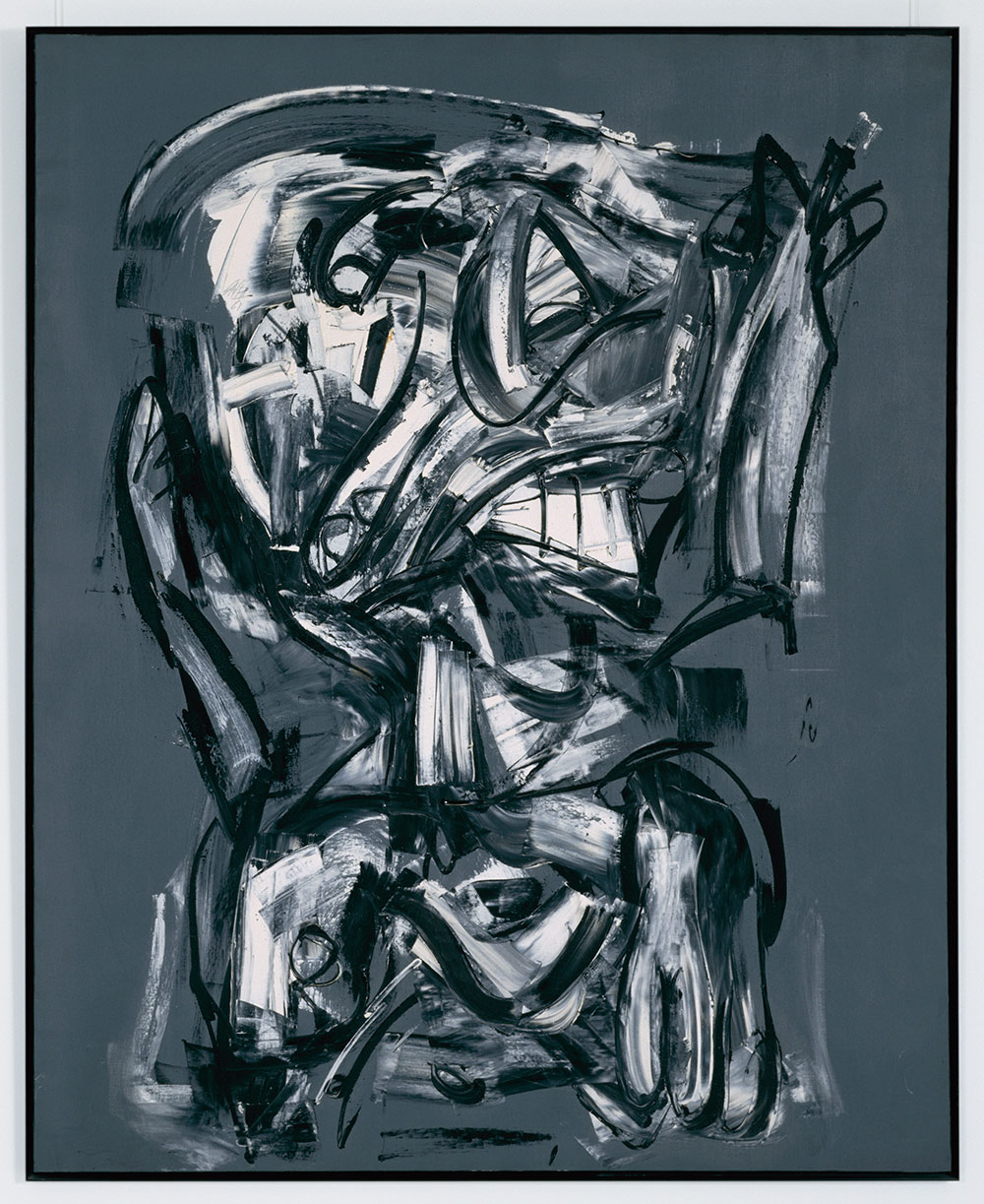 Antonio Saura is a key figure and unquestionable point of reference in contemporary Spanish painting. From a young age he showed interest in painting and writing and began to explore both disciplines on his own initiative while convalescing from a long illness. Despite going into exile in Paris during the 1950s, at the end of the decade he founded the group El Paso with other artists, which became a vital focal point for avant-garde art out of Madrid. His first works were related to surrealism and abstraction, although he would gradually evolve towards a more personal gestural expressionism, which limited the chromatic range to black and white and chose to erase figurative features such as human bodies and faces, using violently aggressive tracings. His dramatic visuality has been related to Spanish baroque painting. Indeed, some of his portraits are re-readings of the work of Spanish masters such as Goya and Velázquez. Along with his visual work, mention should be made of his literary side and his work in printmaking, illustration and scenography.