Discover the history behind ten emblematic locations in Sants and Les Corts through the eyes of ten artists in this online exhibition navigated through QR codes that you will find in the places marked on this map. In addition, each month, for a few days only, a site-specific artwork will be installed in one of the locations, creating interpretation layers of historical memory. Visit the online route and don’t miss the onsite exhibitions! They will be announced here.

Did you know that you are standing on top of an underground refuge excavated by non-militarized civilians, mainly: the elderly, women and children from this neighbourhood? 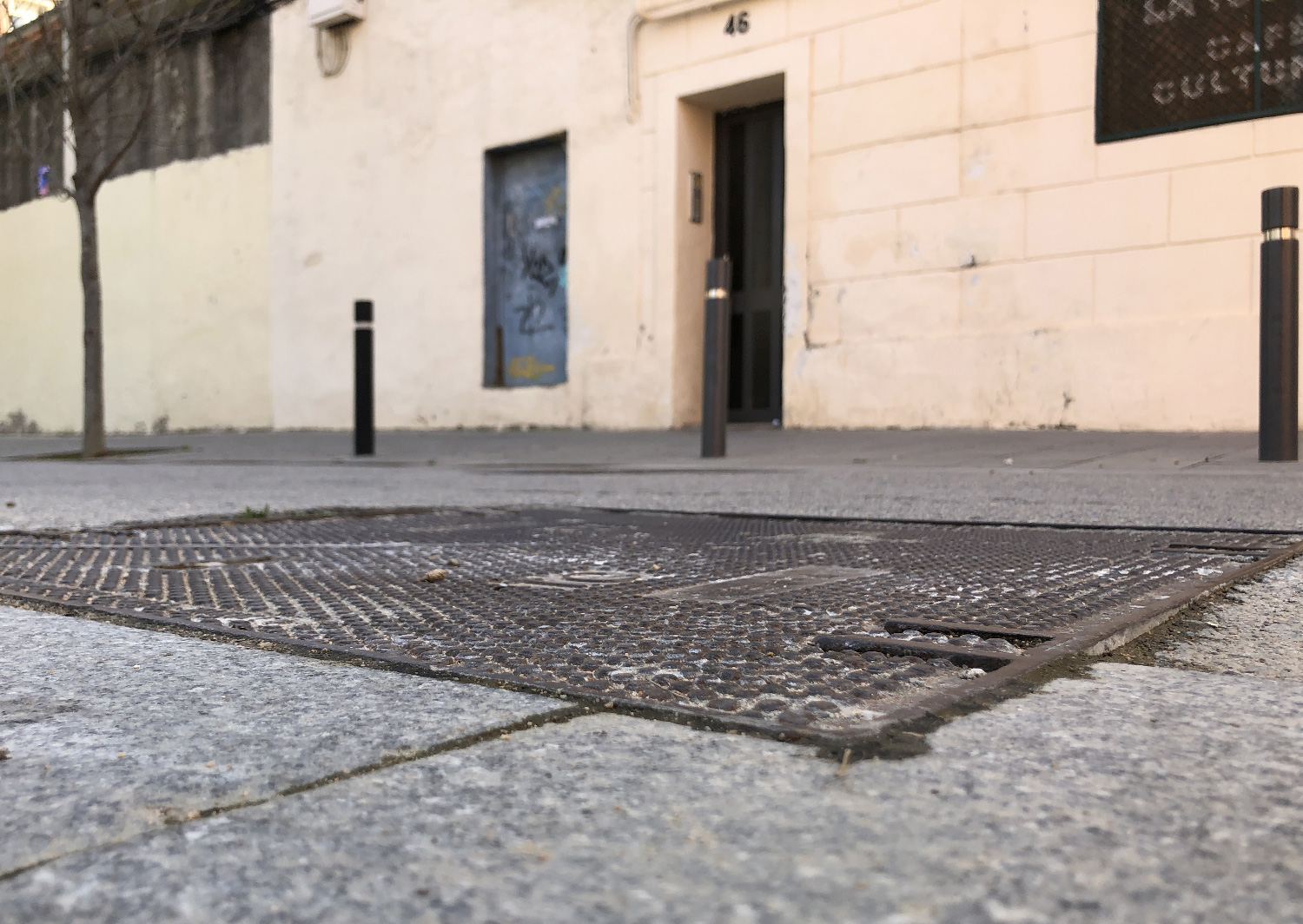 Location of the underground shelter

If someone is in hiding, they have secretly gone somewhere where they cannot be seen or found. Hiding might take different forms and annotations.

Young children across the globe enjoy playing games of hide and seek. There’s something highly exciting for children about escaping someone else’s glance and making one-self invisible.

On the other side, hiding might be a form of saving one’s life, with the purpose of seeking safety and thus escaping danger.

Being born in Beirut, during the Lebanese civil war, hiding was essential for survival during a part of my childhood. In “Hide and Seek” I travel in my memory -and in history- to recall vague experiences and images of my grandma’s shelter during the war.

During the Spanish Civil War (1936-1939) the city suffered a total of 194 indiscriminate bombings. These shelters originated in neighborhoods with renowned associative traditions, such as Sants, and were carefully excavated around public squares and streets, and thus did not compromise the foundations of the surrounding buildings.

This is just one of the 1,500 anti aircraft shelters around Barcelona, the majority of which – nearly 1,300 – were excavated in a self-organized and self-financed manner by civil initiative following the instructions of the Passive Defense Board to protect themselves from fascist bombing.

According to the AMAB, anti-aircraft shelter R. 0506 which dates to 1938 is just beneath us. It is a “gallery” type of shelter construction. This section of the gallery has a length of about 33m. It is not related to any access and extends between carrer de Rosés 40 and 39-57. It appears that the structure had several ventilation shafts, and a gallery width ranging between 0.90m to 1.50m and a height of 1.50m to 1.95m.  The defensive structure is based on a network of galleries with four entrances: the first at carrer de Rosés 1-9, the second at Rosés 15 with a gallery of about 70 m. long that connects with the first access, a third entrance is located at carrer de Rosés 25 and the fourth, at carrer de Miquel Àngel, 60.

The owner of this plot tells me that there is a basement with passageways and stairs under La Iguana Cultural in Rosés 46, and that these in turn connect to the small alleys in carrer de Miquel Angel 60 and 60bis. The well (pozo) illustrated in the map was discovered in 2015 and can be found under what is known to be a vigilance tower probably dating to when the building was used as a Cuartel de la Guardia Civil de Caballería, according to my calculations sometime in between 1904-1920.

Listen to Ely Daou’s audio. You can also read the text in the Download section.