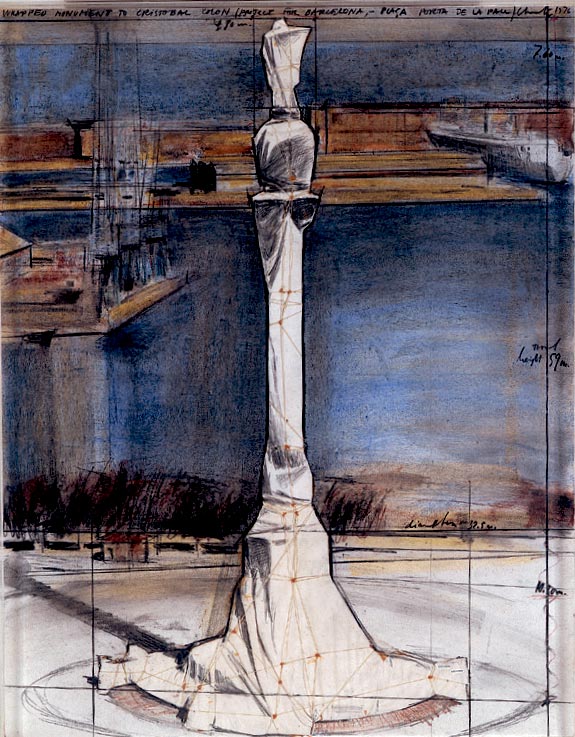 Christo is one of the leading exponents of Land Art, an artistic current where nature, landscape or public space become the scenarios and primary resources his artistic proposals are based on. When he was young he came into contact with the National Academy of Arts in Sofia, Bulgaria, through his mother, who worked there as a secretary. Although he was admitted there as a student in 1953, he would soon disassociate himself from the school due to its strict curriculum, imposed by the Communist Party. In 1957 he fled communist Europe and found refuge in cities like Vienna, Geneva and Paris. In the French capital he met Jeanne-Claude, who would become his artistic partner until her death in 2009. They worked together on the 1963 series Wrapped Monuments, which proposed to wrap various monuments the world over. One of the unrealised projects of this artistic duo was proposed in 1976 in Barcelona, with the proposal to wrap the Columbus monument. The project came up against the qualms of City Hall, and did not receive the corresponding municipal permits. Finally, in 1984, Barcelona mayor Pasqual Maragall authorised the project, but for Christo and Jeanne-Claude the proposal had lost its relevance and they decided to not carry it out.