Studies for the Script for the Film “Les Mystères Surréalistes de New York”, 1935 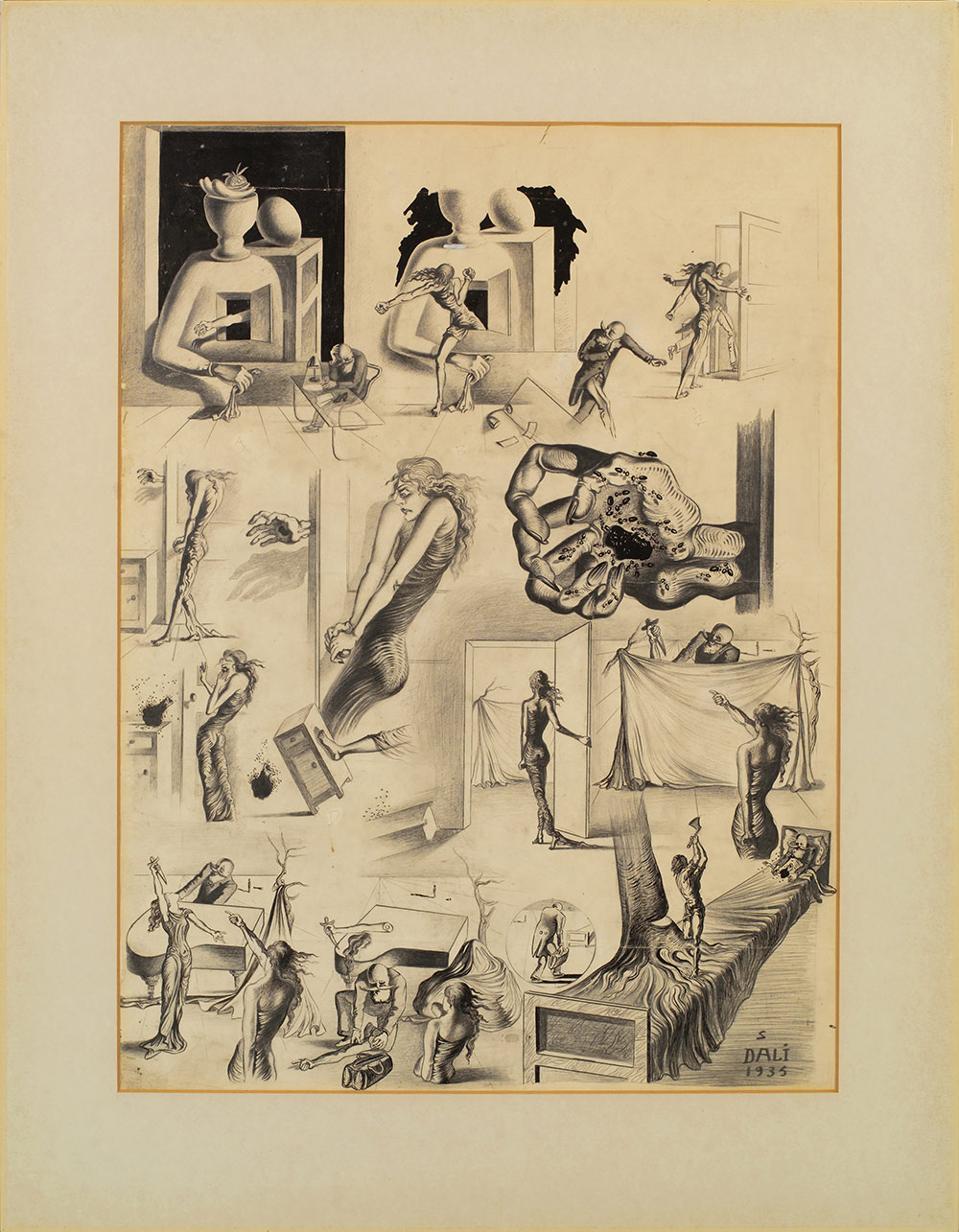 Salvador Dalí was a leading figure of Surrealism. Despite his impressionist training, he would soon show interest in other avant-garde currents, such as Cubism. In 1922 he entered the Academia de San Fernando in Madrid, which he was expelled from four years later. In 1925 he had his first solo exhibition at Galeries Dalmau in Barcelona, while in Madrid he met Luis Buñuel and Federico García Lorca at the Residencia de Estudiantes, both of whom he collaborated with on various creative projects. That same year Dalí became a member of the surrealist group in Paris, although he would be expelled in 1934 due to political discrepancies with other members. During this period Dalí developed one of his main contributions to the surrealist movement: The Paranoiac Critical method, a deductive procedure influenced by Freudian thought that allows the individual to discover symbolic relationships. He began to have more frequent contacts with the United States and with the film industry, and in 1940 he travelled to the USA. In Studies for the Script for the Film ‘Les Mystères Surréalistes de New York’, Dalí lays out various scenes for an animated film that was never made, featuring several of his obsessions, such as the passing of time, women and ants.