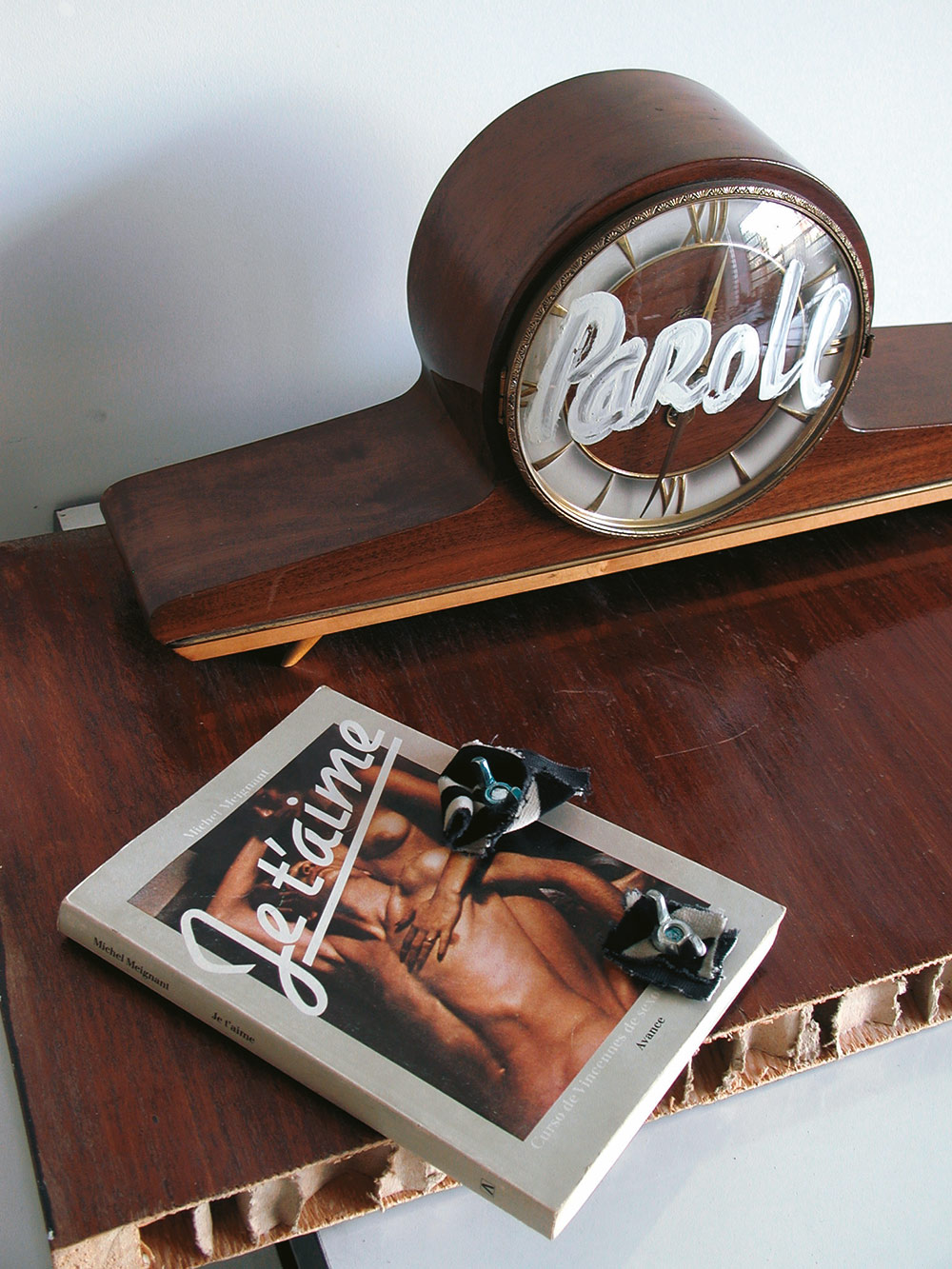 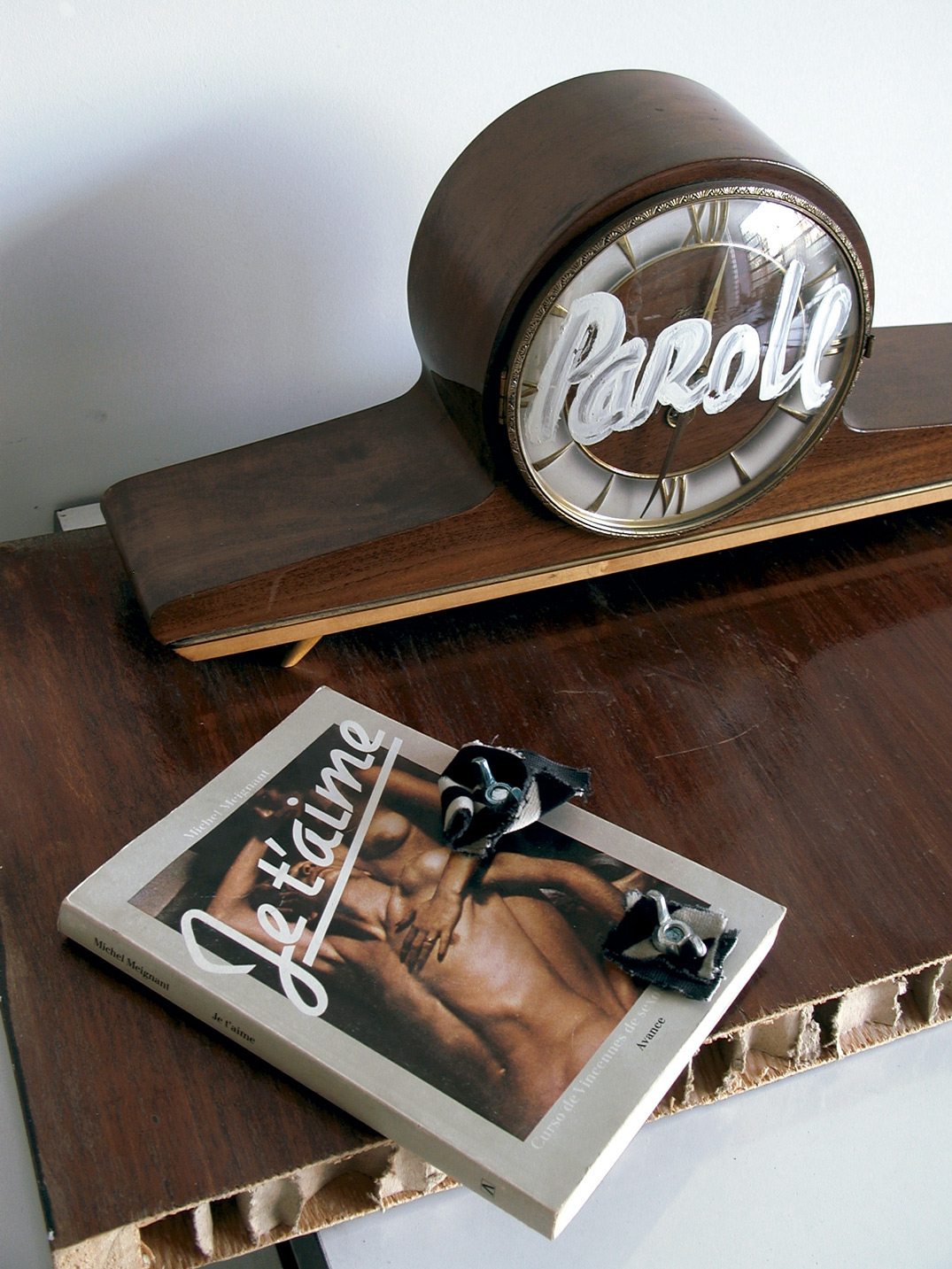 The work of Carlos Pazos is framed between pop art and conceptual art. First, with a period of self-exploration of the artist-star figure, through photography, with Voy a hacer de mí una estrella, in the second half of the seventies. Then, with his souvenir objects, which began to predominate since 1980. These pieces, obtained from the assembly and coupling of found objects, have literary and narrative elements, witty and ironic, of which the titles are the clearest sample. Thus, they end up constituting a very personal universe that, despite their apparent opacity, evokes feelings of nostalgia and melancholy, whether given by a certain autobiographical character, or by incorporating icons from the world of childhood. The work Parole, parole, by the Fundació Suñol, can be placed in this sense. Another area of ​​activity for Pazos has been the cinema, as an actor and, during the last decade, as a director.