Metaphysics of fragility. From the avant-gardes to conceptual art.

Metaphysics of fragility. From the avant-gardes to conceptual art.

The Fundació Vallpalou is hosting the exhibition Metaphysics of Fragility. From the avant-garde to conceptual art until 4 December. The exhibition emphasizes the imaginative attitude of artists, based on fragile or ephemeral materials, objects found in everyday life and the refusal to create sculptures in noble materials.

Poor sculpture is a recurring line of work during the twentieth century with less concern for “form” than for “concept” and its evolution has led to its dematerialization. The exhibition includes the figure of Antoni Tàpies until the dissolution of sculpture as a specific discipline in the parameters of arte povera and conceptual art. The chronology of the works recovers the historical evolution of the dematerialization of the artistic object in the generation of artists of the 70s, more integrated within the conceptual options, and the followers of this path during the 80s and 90s of the 2oth century. Moreover, 18 artists from four different generations take part, represented by the presence of 63 works that illustrate the passage from the evolution of sculpture from the fragility and poverty of materials to the idea: Leandre Cristòfol, Moisès Villèlia , Antoni Tàpies, Antoni Llena, Pere Noguera, Benet Rossell, Benet Ferrer, Àngels Ribé, Jordi Pablo, Jaume Xifra, Ricardo Calero, Pep Duran, Jordi Colomer, Ramon Guillén-Balmes, Joan Rom, Marga Ximénez, Aureli Ruiz and Xavier Déu .

The Suñol Foundation collaborates in this exhibition through the loan of two works: 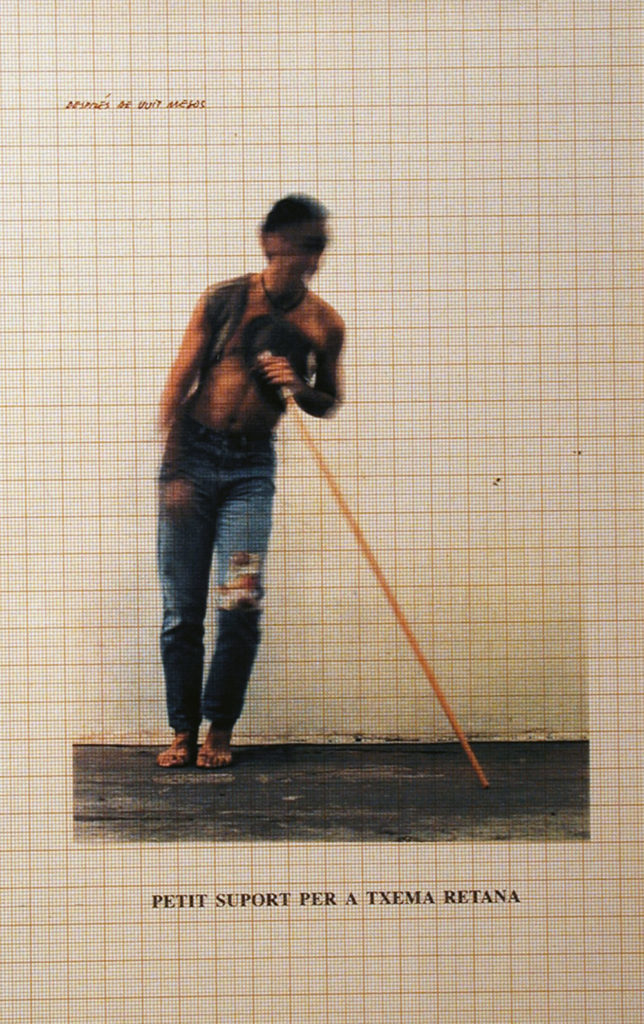