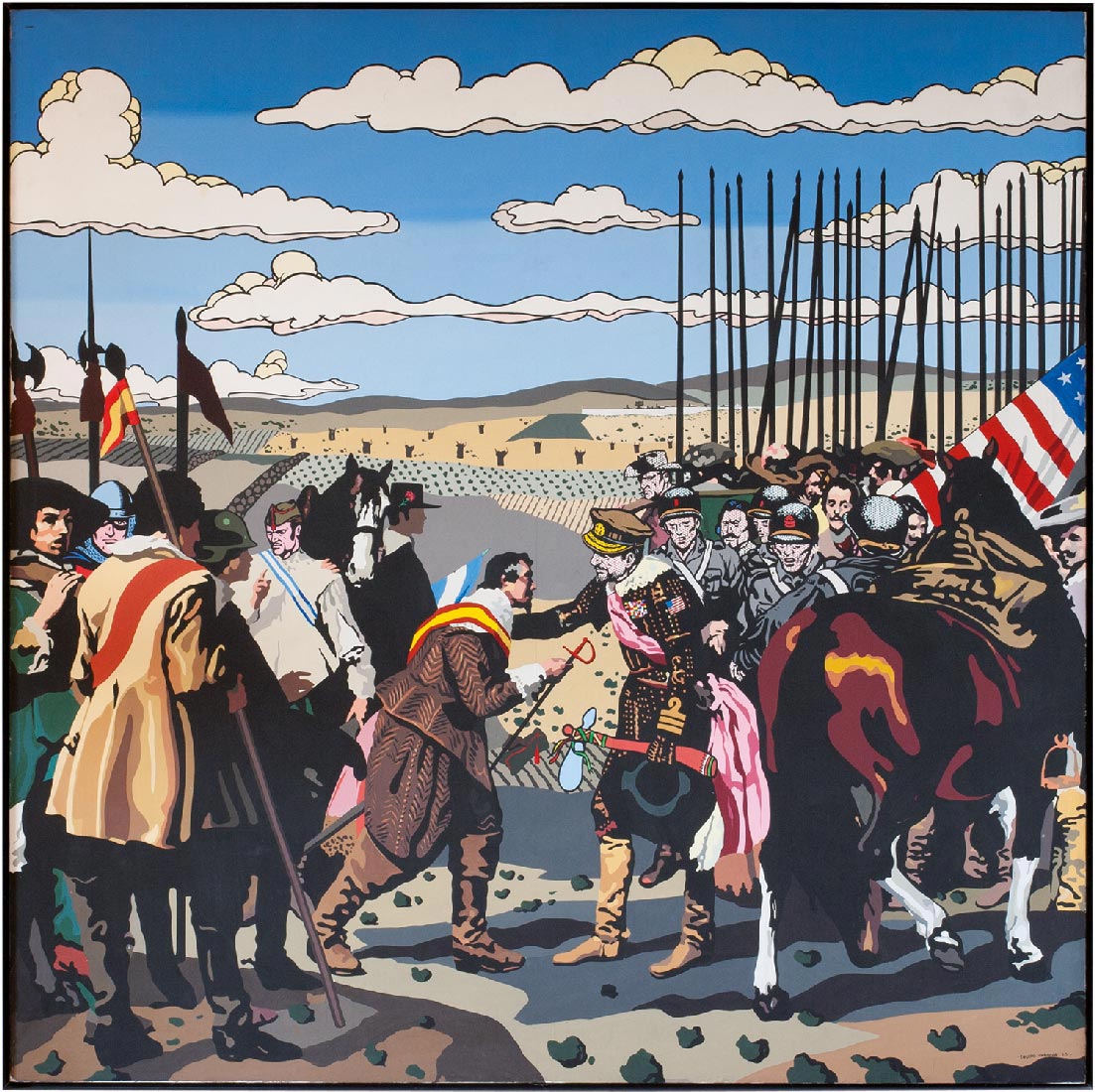 Equipo Crónica was an art collective featuring the painters Manolo Valdés and Rafael Solbes. It was active from 1964 to 1981, the year of the death of Solbes. Its aesthetic principles questioned the hegemony of previous tendencies of informalism, opting on the one hand for the figurative and ironical tradition of Pop Art, and on the other for political engagement.

The work La rendición de Torrejón [The Surrender of Torrejón] shows one of the collective’s habitual ways of working: a reaction against the pompous use of great Spanish artists by the Franco regime, in order to bolster notions of national identity. In the face of the politically conservative instrumentalization of famous works that are part of collective memory, Equipo Crónica reinterpreted them with an irreverent tone and parodic intentions to denounce current events. In this case, the work is a caricature of Velazquez’s painting, alluding to the treaty signed between the Franco government and the United States on the occasion of the opening of American bases in Spanish territory, a political event that was interpreted as a concession to the interests of a foreign power in the context of the Cold War. 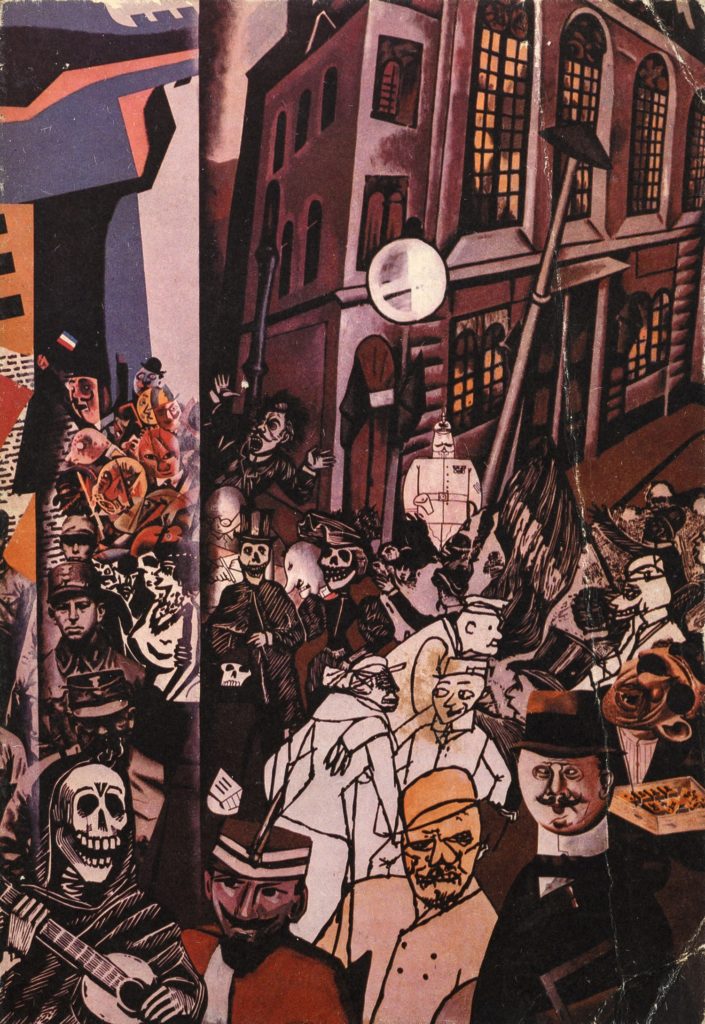