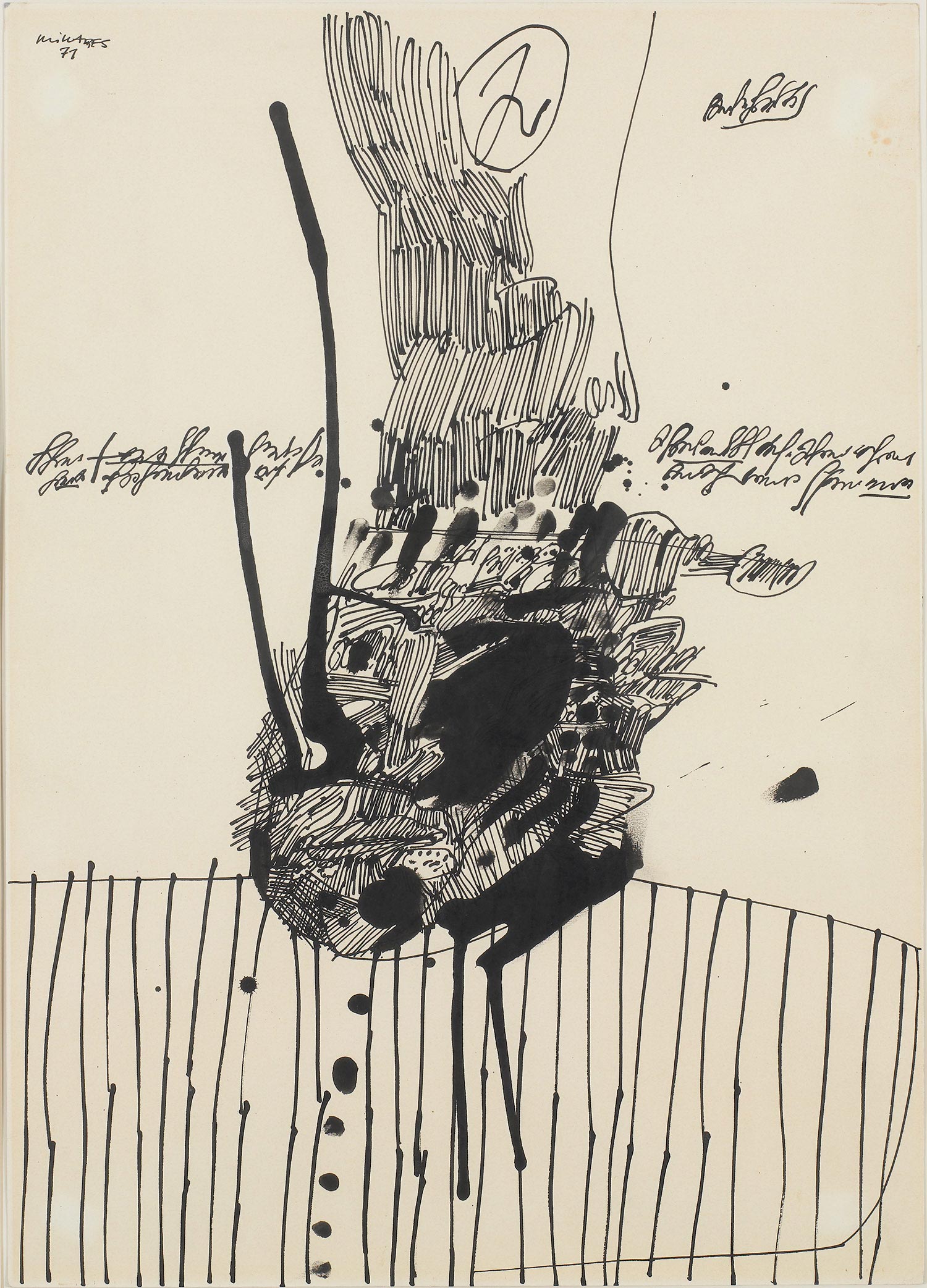 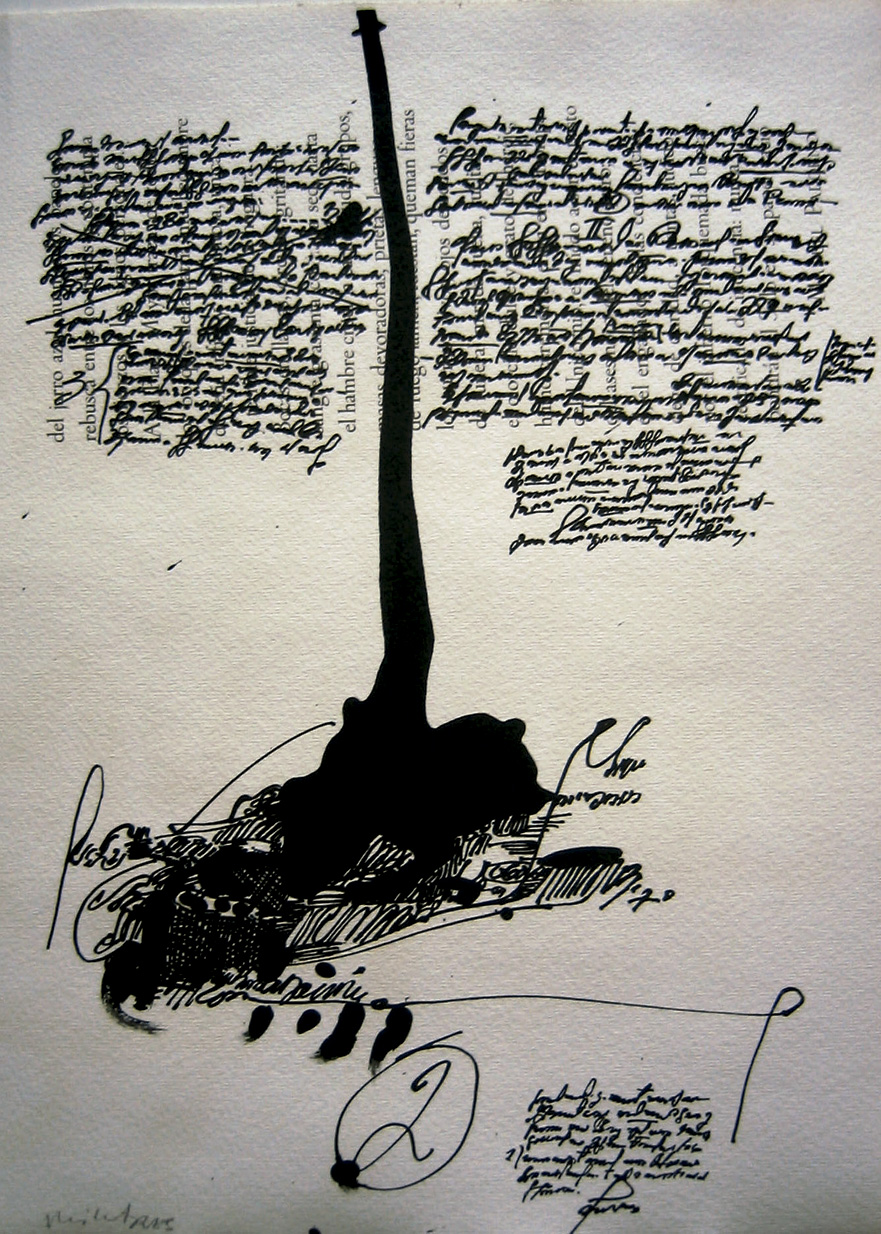 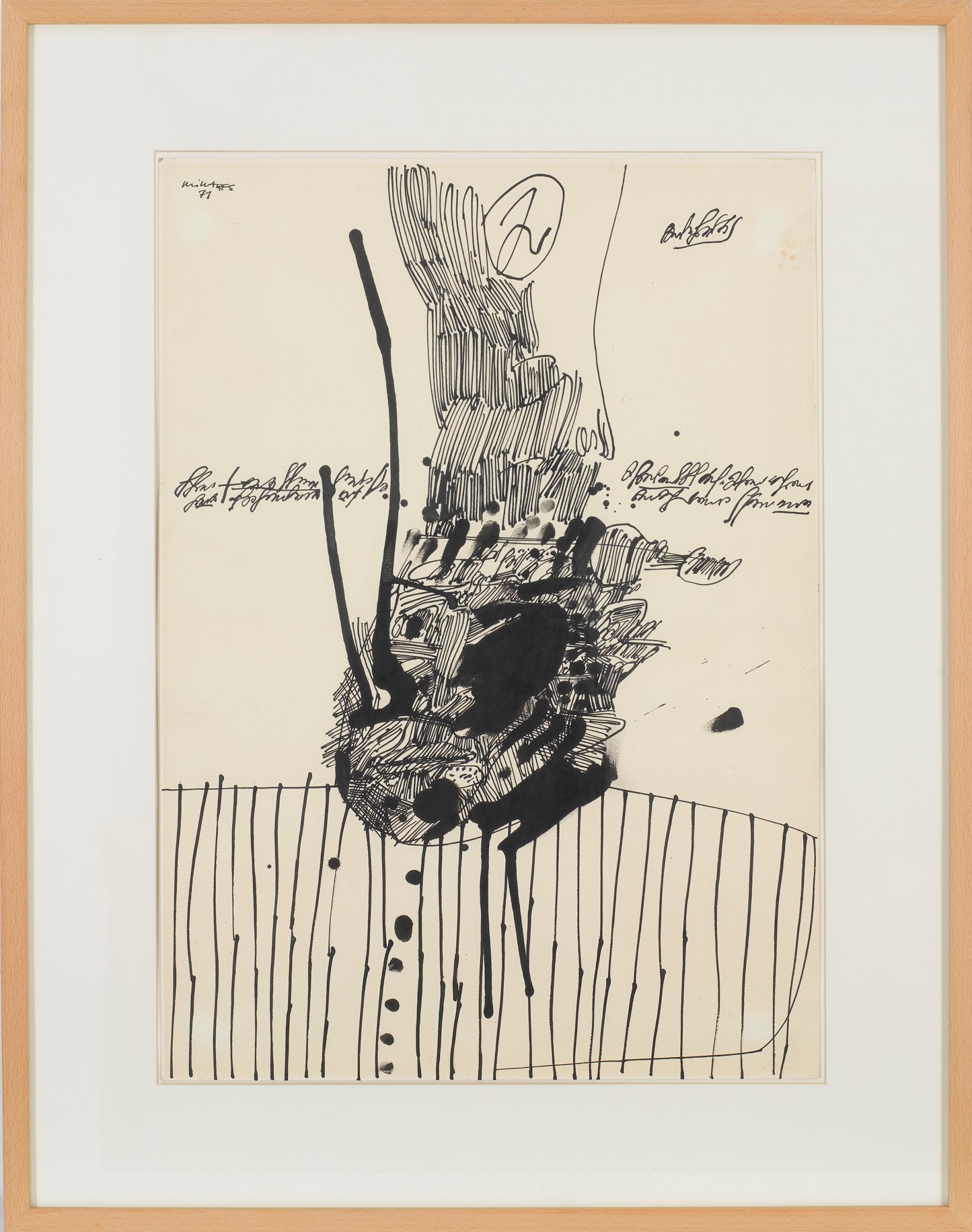 Gouache and Chinese ink on top

Manuel Millares had a leading role in the creation of art groups like LADAC (Los Arqueros del Arte Contemporáneo) and El Paso, both of which were important focal points of the artistic avant-garde in the context of the post-war. He developed his own pictorial language, which combined aspects of informalism and material abstraction with a reinterpretation of Guanche indigenous art from the Canary Islands. In this way, at the end of the 1950s and then living in Madrid, he introduced the burlap known as arpillera into his painting, a material related to aboriginal Canary Island culture. It would become the groundwork for his later production and gave his work a heightened degree of sensuality. The energetic holes and violent rips in the cloth give the works a radical expressivity and powerfully dramatic effect that has been related to the darkness of Spain’s social and political context at the time. He began to employ a reduced colour palette featuring white, red and black, essential tones that referred back to something primeval. Alongside his work with arpillera, Millares worked extensively with other supports and techniques, such as paint on paper and drawings with Indian ink, where he continued to delve into a poetics imbued with symbolic features. 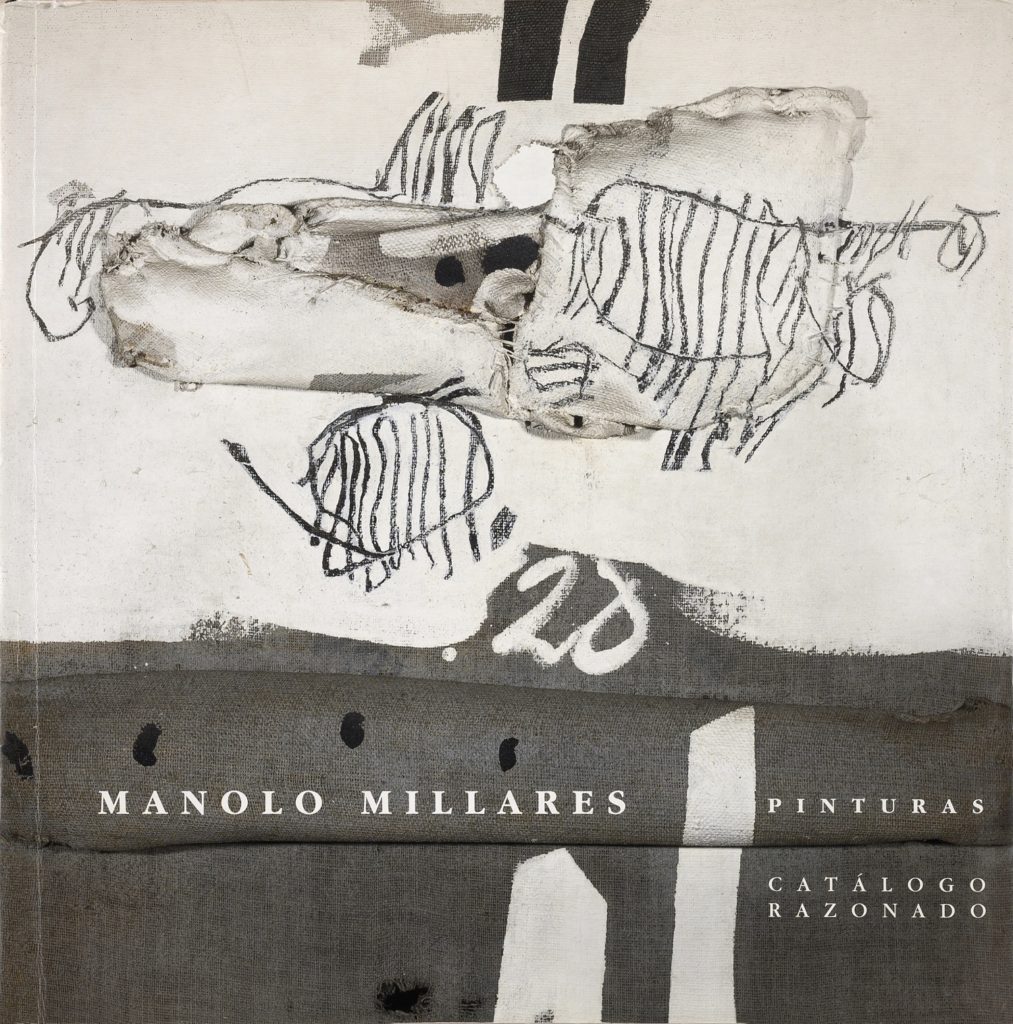