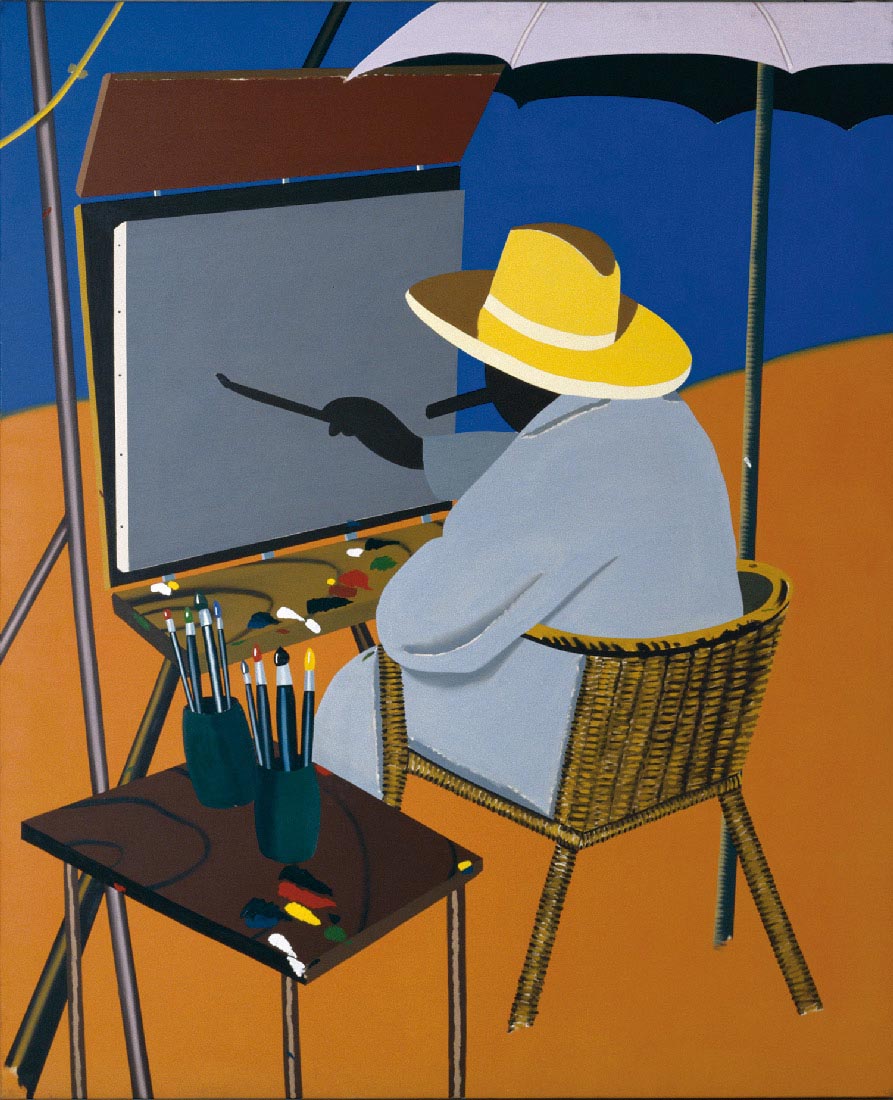 Eduardo Arroyo was a painter, sculptor, illustrator, printmaker, scenographer, narrator and essay writer. In the 1960s he began his career as a painter in the figurative style in an artistic context dominated by abstraction and expressionism. His critical attitude towards the dictatorship led him to go into exile in Paris, where he lived for about two decades, during which he became recognized across Europe. He mainly worked within the bitingly iconoclastic modes of Pop Art of a political nature, although with his own language, of unarguable visual intensity. One of the recurring motifs in his paintings was the demythification of famous characters and powerful personalities. This was the case with Winston Churchill peintre, where the British leader, renowned for his role during the Second World War, relaxes painting plein air, like a simple Sunday artist. After the death of Franco, Arroyo returned to Spain and his work became well-known in the early 1980s, as he eventually rose to be one of the leading figures of contemporary Spanish art. He won the Spanish National Award for Visual Arts (1982) and the Golden Medal of Merit in the Fine Arts (2000). 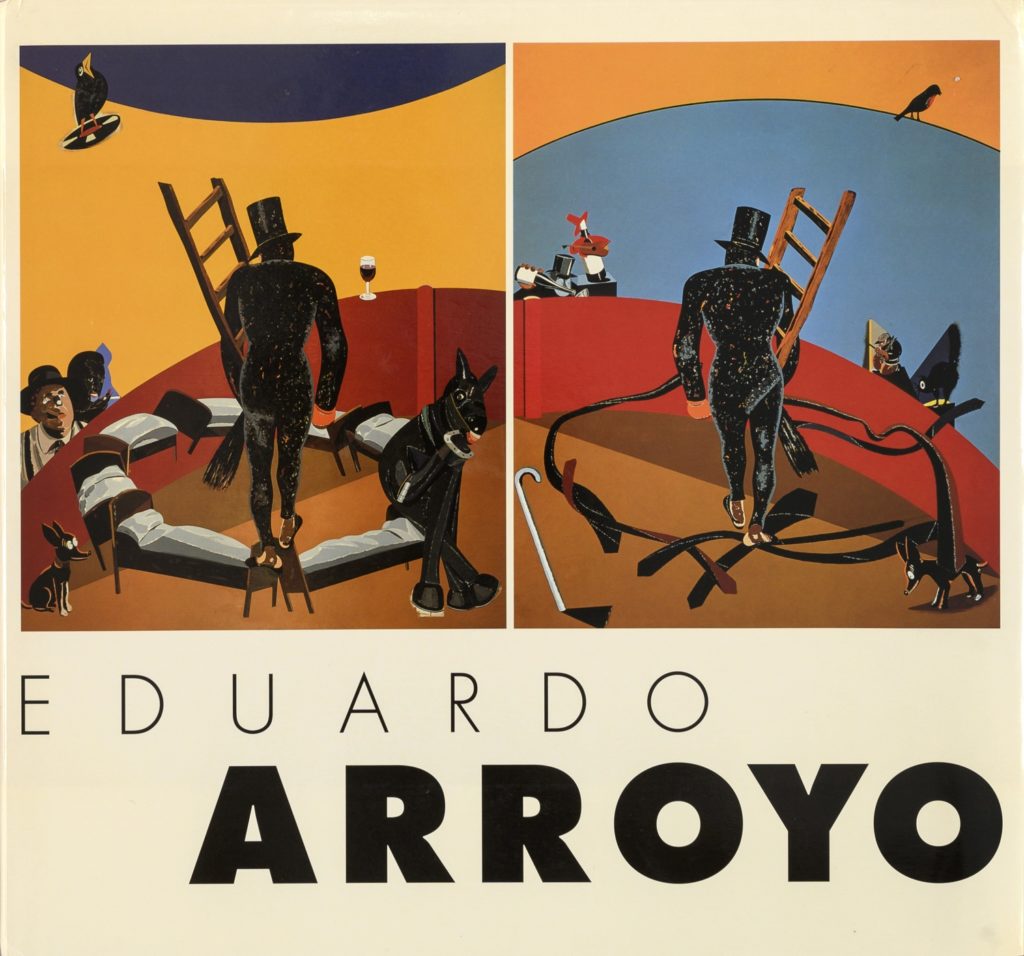