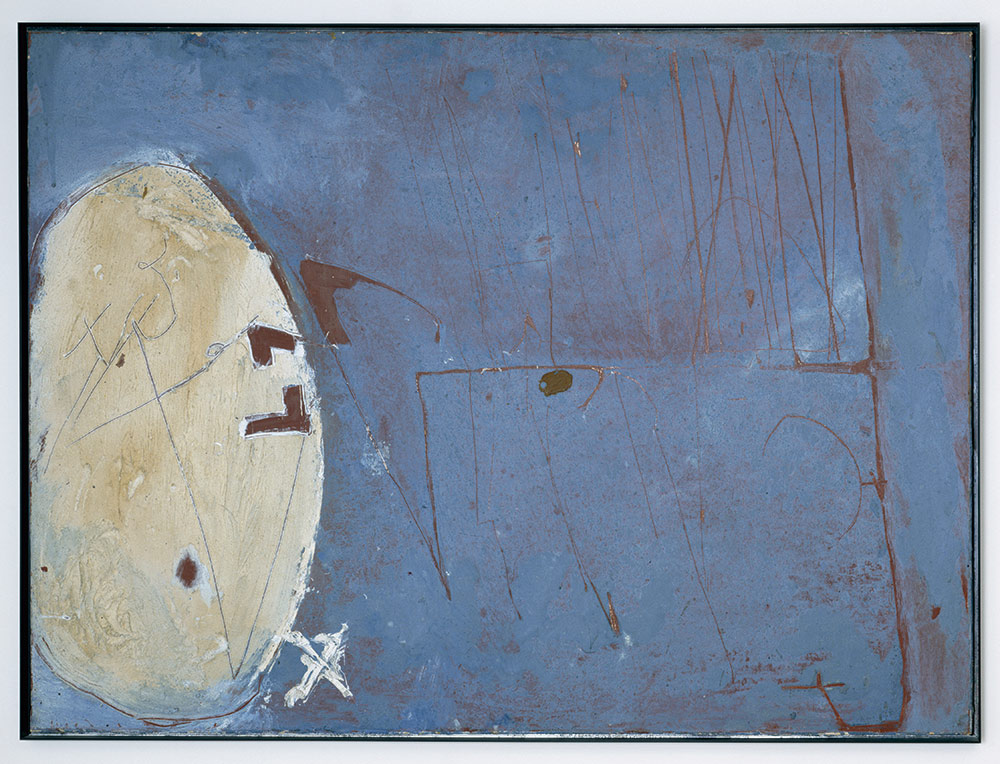 «To express important things, it is not necessary to use major resources or grandiose imagery. The entire universe could be contained in a speck of dust».

Antoni Tàpies holds a privileged position in Spanish art of the 20th century. He began as a self-taught artist doing drawing while convalescing from a long illness. At the end of the 1940s he was cofounder of the art group Dau al Set, a Catalan avantgarde collective with surrealist tendencies. The works of this period stand out for their magical themes and iconography, although he evolved towards a growing interest in materiality, as seen by his famous material paintings, which are recognised internationally. Tàpies’ material informalism, as exemplified by Pintura en blau [Painting in Blue], is characterised by the use of new materials like sand, marble dust and variably-toned earth, and also for the application on canvas of cuts, writing, footprints, drawing and primary symbols. In the following decades he strengthened his political engagement and continued to develop his symbolic imaginary world with highly diverse materials and textures as well as everyday objects. Along with his visual art, Antoni Tàpies carried out an important role as an essay writer and art theorist, frequently publishing texts and books that set the tone for the artistic debate of his era. 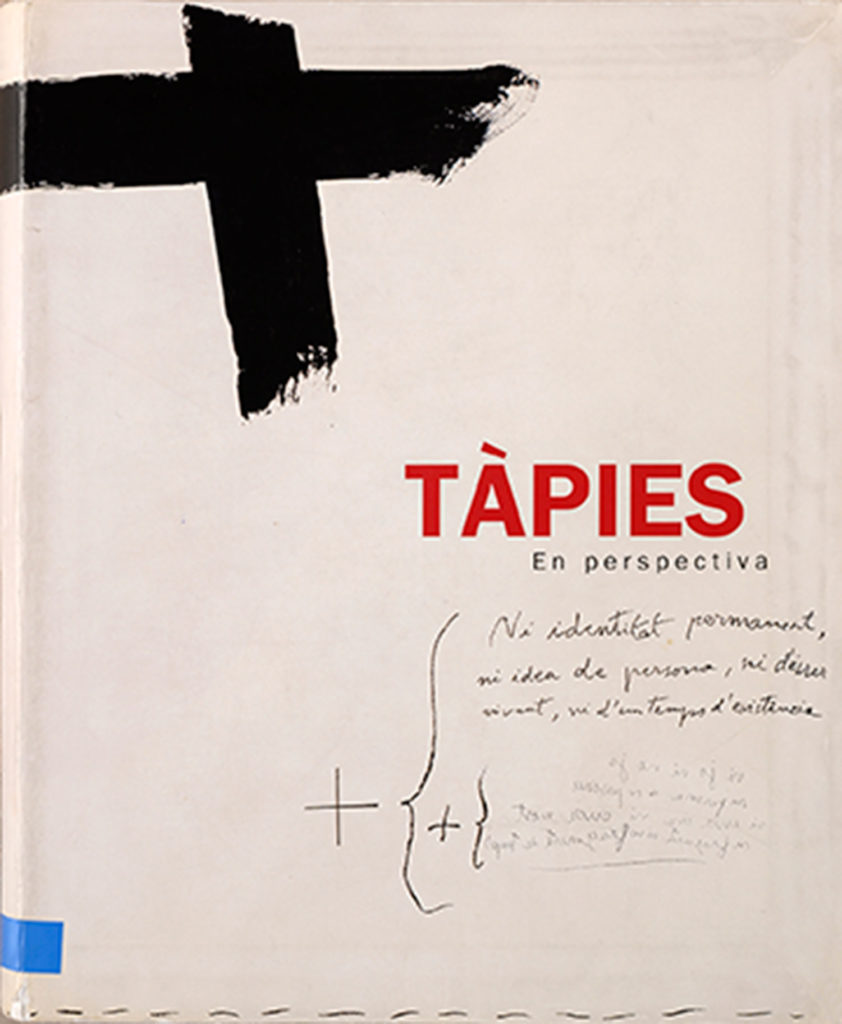