The Act 32: Alberto Peral, Nudos presents the latest works by Alberto Peral made specifically for the Nivell Zero. A work derived from the concept of sculpture, where each element, despite being autonomous, establishes a common thread that links the different works.

As stated by Manuel Segade, the sculptures on display in this exhibition play Alberto Peral’s characteristic game of doubles and mirrors. The wall of the white cube or the floor in the courtyard become the same representational space he used in the perforated surfaces of his photographs. The wall support is a hollowed-out ceramic screen or an extending formal prosthesis of metal pipes.

The courtyard floor reveals its built character: the floor tiles acquire a representational nature by turning into a ductile material rearranged by a sculptural urge and a geometry that seems to re-educate space, thus revealing the ability of the institution itself to be many things and their doubles all at once.

In this theatrical setup, it is striking how his aesthetics are pared down to a basic formal vocabulary, deliberately reduced to the families of forms such as circles and triangles, spheres and cones. This formal repertoire is also a game of reflections: they are double forms, within and without, inside and outside, that use materials that have been flipped or inserted one inside the other, with raised skins that reveal a reverse side that is also itself.

Alberto Peral (Santurce, Bizkaia, 1966) is a Basque artist. Since his first solo exhibition at the Fundació Joan Miró in Barcelona in 1992 until today, has created a conceptual journey that has led him to travel on a wide variety of media, from drawing, photography and sculpture to installation and video, trying to show the beauty of the simplest and most essential forms and their symbiotic power. His works have been exhibited in the Museo Nacional Centro de Arte Reina Sofía, Irish Museum of Modern Art or the Hamburger Bahnhof of Berlin. They are part of the main colections of Spanish contemporary art, such as the Banco de España, Artium, la Caixa, Banc Sabadell, Centro de Arte Alcobendas, Fundación Botín, Unión Fenosa and Fundación Helga de Alvear, among others. 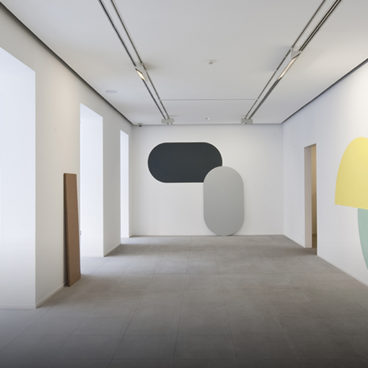 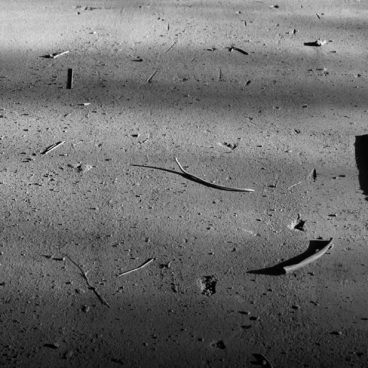 Sculpture is not important

Drawings, sculptures and photographs that resulted from investigating the locksmith craft: the profession that his father carried out his whole life.